Perfect gift-giving Christmas Class! You’ll be able to choose 4 Beach Glass items that you can make then give away for Christmas Presents🎄Cost is only $20 per person
Beach Glass and all supplies included!
Call 810 300 9345 to reserve your seat🌲

Michigan’s Great Thumb Fires:
A presentation by author Alan Naldrett
@ the Croswell Library
November 6 @ 6 pm
*****************************
“It is unimaginable to picture whole cities burning, much less whole counties, but that was the case in 1871, and then remarkably, ten years later again in 1881. The whole Michigan Thumb suffered two disastrous fires. The Thumb Fire of 1881 brought the American Red Cross to the first major disaster they brought relief to. The combination of the two fires marked the end of the lumber industry in the Thumb and the clearing of the land for agriculture. But that was the only benefit, as each fire brought over 200 dead, tens of thousands homeless, and thousands suffering burns, inhalation, smoke blindness, and more from the fires.”

The book is available at the library for checkout and we will be raffling off a copy for one lucky attendee.

Join us to discuss one of the great voices for American Freedom. Douglass held a mirror up to America and challenged us to live up to our ideals. Prophet of Freedom is widely regarded as being one of the 10 best books of 2018. 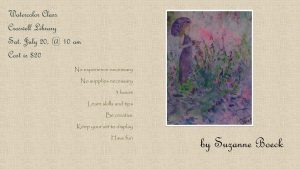 In the 1920s, the richest people per capita in the world were members of the Osage Indian nation in Oklahoma. After oil was discovered beneath their land, they rode in chauffeured automobiles, built mansions, and sent their children to study in Europe.
Then, one by one, the Osage began to be killed off…

Take a guided 45 minute tour through the universe.